What does, to “believe in Jesus,” mean? 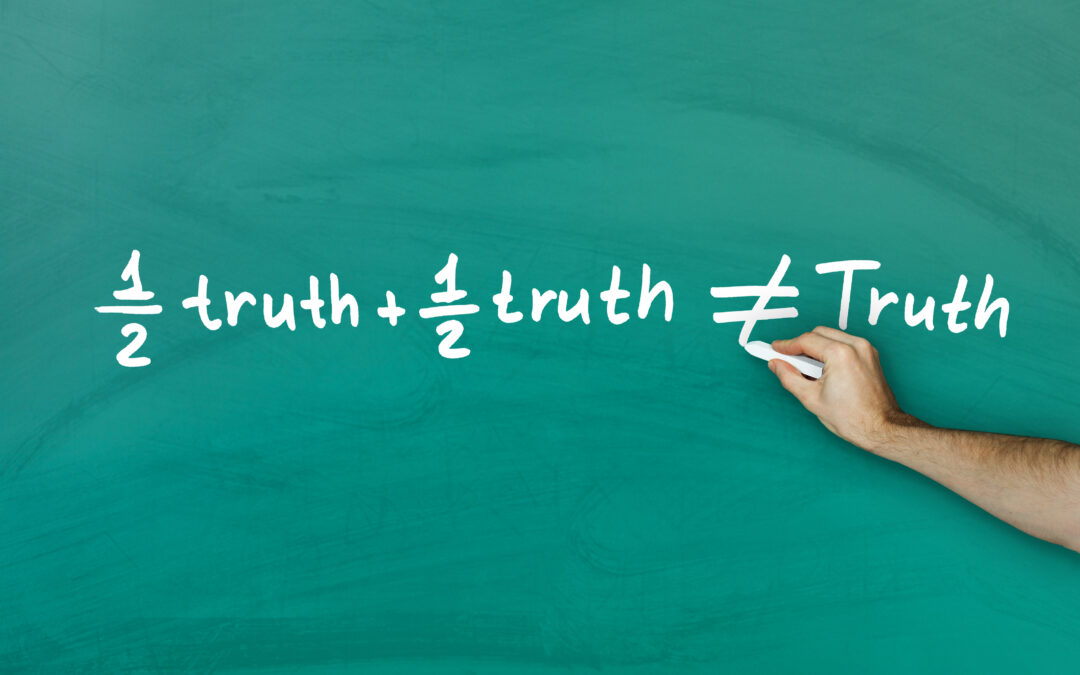 According to the Holy Scriptures, whether we “believe in Jesus” or not is the determining factor regarding our eternal fate. Indeed, Christians are those who claim to “believe in Jesus.”  However, while it is safe to say that ALL Christians believe that Jesus exists, the question is, do ALL those same Christians also believe what Jesus says, or even know what Jesus says for that matter? The Word of God states that if the foundation of your “belief” is built on the Rock (the Word of God) you will stand, but if the foundation of your “belief” is built on sand (myths of man) you will fall. (Matt. 7:24-27) While “believing in Jesus” is our salvation, there is nothing more important for the believer than to be confident that they have an accurate account as to what the expression “to believe in Jesus” actually means from a biblical standpoint.

To be clear, “believing in Jesus” will only result in your salvation if you believe what Jesus says. You cannot reject what Jesus says that His followers must DO, and still believe that you will receive the crown of Life even though you refuse to do it, simply because you profess (lip service) to “believe in Jesus.” (Matt. 21:28-32) Well, I suppose that you can believe that if you want, it’s just necessary to point out that God never promised salvation to those with that type of faith; His promise extends only to those who share in the faith of Abraham, to those who believe God over the myths of man. (Rom. 4:16, Heb. 4:1-13) Yet here the church is today, promising salvation to all who claim to “believe in Jesus,” even when the message that they are accepting is a blatant rejection of the Truth in God’s Word. (2 Cor. 11:4) Without question, our “belief” will be measured by what God reads in our hearts, and not solely by what we say out of our mouths, nor by some useless rituals that we perform. (Rom. 10:9-10)

If you look at what Jesus says, Jesus is constantly referring to the life that you must commit to living (what you must DO!) in order to follow Him. (John 11:26) If you accept a message that claims that you can simply remove His conditions (the cost of becoming a disciple) and still receive the reward (salvation) simply because you claim to “believe in Jesus,” then you know not of God! You cannot reject what He says and claim to believe what He says, all at the same time. Therefore, it is believing what He SAYS that determines whether or not you “believe in Jesus.” And without question, “believing in Jesus,” as it applies to eternal salvation, is NOT simply referring to whether you believe that He exists.

To believe in Jesus Christ:  Is it enough to simply believe that He exists and that He is who He says He is? No! A good start it may be, but the reality is, all that that level of belief earns you is an entrance into the spiritual battlefield; the question is if that “belief” were to define who the children of God will be, then what would God do with all those demons? If we are going to define a “Christian” simply as someone who believes in God and believes that Jesus is His Son, the Savior, then what would separate Christians from demons? Nothing! Well, except the shuddering, I guess. (James 2:19) Demons believe in God, and they most certainly know that Jesus is the Messiah. (Matt. 8:28-29, Luke 8:26-28) So why are demons going to spend eternity without God in hell? Because they rejected what God said — the conditions to be included in Him. It is believing God, not just believing in God (believing God’s Word over the myths of man — Truth from deception), that separates the children of God from the children of the devil. (1 John 3:6-10)

Today, however, the church celebrates elevating one’s level of belief to be on par with that of the demons as if it represents salvation itself. If the church removes the cost associated with following Jesus, then Christianity represents nothing more than yet another religion that only separates those who worship created things from those who don’t believe in a Creator (separate those who believe in a “god” from atheists). What good would that do, what freedom could that bring? If eternal salvation boiled down to believing the same thing that the demons know to be true, then Christ died for nothing (there would be no Justice) and God would be a liar.

To better illustrate my point, let’s look at some scriptural examples. When Jesus says “whoever wants to be My disciple must deny themselves and take up their cross daily and follow Me” (Luke 9:23), He is not indicating that we can refuse to deny ourselves (refine our hearts, be sanctified), but simply perform some useless rituals created by man that are supposed to satisfy His command of “denying ourselves” just the same. To “believe Him,” is to do what He says; to NOT believe Him, is to reject God’s commands and believe that your salvation is secure.

Another example of Jesus making clear what the true cost of following Him is, is found in (Luke 14:25-35). Please read. If you can show me the scripture that says, “completely reject, or show a complete lack of regard for, the words I spoke and just simply claim to ‘believe in me,’ and you will receive salvation,” then I will get my popcorn ready and go attend the church that I left years ago. Of course, that complete garbage (easy-believism) is not found in the Bible, so I will NOT be worshipping the One true God there anymore. What IS in the Bible, is the Truth that we must accept if we want to follow Jesus and become a disciple of Christ.

If you think to “believe in Jesus” is to say, “Hey Jesus, I just wanted to let you know how this works. See, my denomination doesn’t require such a high cost to follow you, and I’ve done the thing necessary (according to my pastor/priest) to receive forgiveness; therefore, I just wanted you to have that on record so that there is no confusion come my day of judgment because I most certainly have ‘accepted Christ as my Savior,’ so let’s just get on to the celebration if you don’t mind,” then you do not believe in Jesus rather you follow the doctrine of the devil!

If your beliefs bring ANY comfort to your life of sin, then your beliefs do not align with what the Word of God defines “believing in Jesus” to mean. If you have not become a slave to righteousness (right doing), then you are still a slave to sin and not yet in union with God’s Spirit. (Rom. 6:15-18) If you think that you are free to go about your sinning because of what you believe, then you have not accepted the conditions to be received by God. Those who have been called by the Lord must agree to become His slave before they can ever understand what it feels like to become His freed person. (1 Cor. 7:22) Does “believing in Jesus” represent the death of the old YOU, and now define your new life in Christ? Or does “believing in Jesus” simply represent a belief which claims that you can somehow maintain a heart aligned with the spirit of the world (spiritually obedient to Satan) and still receive the Spirit of the Lord? Believers:  What does believing in Jesus mean to you? Fear the Lord.