Is God’s language clear to you? 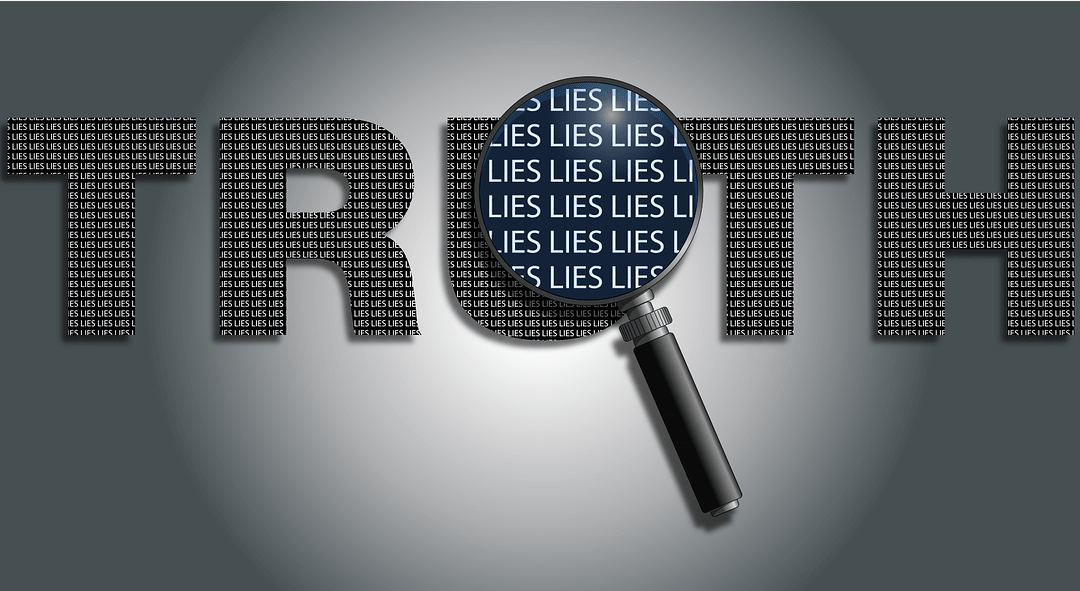 “I will strike her children dead. Then the churches will know that I am He who searches hearts and minds, and I will repay each of you according to your deeds.” (Rev. 2:20-23)

Goodness, now that is some hard Truth if I ever heard it.  Is God’s language clear to you?  Do you ever find it interesting that pastors so often cherry-pick scripture to imply that the Gospel was intended to bring “comfort” to your life of sin when the reality is that the Truth in God’s Word is intended to bring about the fear of the Lord such that you repent and desire NOT to sin?  Yes, of course, believing what Jesus said and following Him does indeed bring you the comfort, peace, joy, freedom, and contentment that we all desire, but it is completely irresponsible to suggest that you can find that freedom without hearing, believing, and accepting the shocking Truth that Jesus spoke.  The words that Jesus spoke were intended to pack the punch of an earth-shaking spiritual awakening to the listener.  To suggest that Jesus’ words were often anything less than terrifying is an attempt to remove the key to His knowledge — the fear of the Lord.  If God’s language is clear to you then you understand that the truth is, God’s Word was meant to instill in you the fear of God — the fear of the consequence for rejecting His commands!  Fearing the consequence of rejecting His Word is the grace of God that teaches you to say, “No,” to sin. (Titus 2:11-13)  Remove THAT fear, and you simply, fearlessly, go about your sinning as you have not been equipped with the proper motivation to genuinely repent and follow Jesus.

The truth is Jesus often shocked the people by what He said.  The truth is, Jesus commonly either said the complete opposite of what the people expected Him to say or at the very least He appeared to raise the bar regarding what was required for salvation to a level that was seemingly impossible to measure up to.  For example, when the Jewish people thought that Jesus came to bring peace on earth, Jesus says no and informs them that He did not come to bring peace but a sword — division. (Matt. 10: 34-39, Luke 12:51-52)  When they thought that if they simply accepted Him as Lord, they would be welcomed into the kingdom of heaven, He said that not everyone who calls Him Lord will enter God’s kingdom, but only the one who does the will of His Father. (Matt. 7:21-23)  When they thought that unless you acted on an evil thought, you were not guilty of sin, He says, “But I tell you that anyone who looks at a woman lustfully has already committed adultery with her in his heart.” (Matt. 5:27-28)  When they thought that loving their own was tough enough, He said that you MUST also “love your enemies.”  When they thought that they were demonstrating their love for God by the way that they conducted every aspect of their lives, He says, “I know you, and I know that you do not have the love of God in your hearts.” (John 5:42)  When the Pharisees thought that they were children of God, He told them that they were children of the devil.” (John 8:43-47)  When those who followed Him thought that they had done enough to be found righteous before God, He says, no, you have not given enough — “those of you who do not give up everything you have cannot be my disciple.” (Luke 14:33)  Of course I could go on and on with all the ways that Jesus SHOCKED people by what He said, but I won’t belabor my point by taking the time to cover in detail all His other shocking comments regarding topics like: forgiveness, obeying His Word, self-denial, suffering for the sake of Christ, being born again, “eating His flesh” and “drinking His blood” (living on the Word of God), and the narrow gate… But I will wrap this section up by simply saying that Jesus always shocked those who listened to Him by what He said whenever He delivered the Truth — the words of God.

Basically, by the time that Jesus was done explaining what must be done to enter God’s kingdom, His very own “disciples were astonished and asked, ‘Who then can be saved’?” (Matt. 19:25)  The thing that makes what Jesus said so remarkable, is that He spoke of matters of the heart rather than on tangible things that we do or say regarding what is required to be found righteous in the eyes of God.  It is the heart that reveals what we really believe, and it is the heart that God measures.  We can say this and do that, and that is all fine and good if we understand just because we say this and do that it does not negate the fact that MANY Christians will still be SHOCKED by what Jesus has to say to them upon judgment day regarding what HE sees in their hearts.

Given all the shocking things that Jesus said, the one thing for sure that you do not want to be personally shocked by come judgment day is by the truth that He reveals your heart to hold regarding His command to keep His Word — to live by His Truth.  When Jesus lays bare what is truly written in your heart, as recorded in the books, scripture indicates that many will be shocked by His verdict. (Matt. 21:43-45, Matt. 7:13-23)  The danger for MANY Christians is that they are unaware that they are holding to myths of man instead of holding to God’s Word regarding what they believe to be “truth.”  If you hold to the myths of man (Satan’s deception) and reject God’s Truth regarding the cost of your salvation, then you qualify as one of the many false believers who do not belong to God — will not hear, believe, and accept what God says in His Word — therefore you are guilty of rejecting His Name.  As a result, unfortunately, those who do so will be SHOCKED by what His Word says when it is His Word that stands as their accuser. (John 12:48-50)

Jesus’ words were intentionally shocking as they were meant to lead someone to a genuine repentance, which brings your salvation.  Jesus is the forgiveness of sins ONLY after one genuinely repents!  Genuinely repenting is agreeing with God about sin, wholeheartedly desiring to go and sin no more, sincerely surrendering your life to God, and following Jesus — walking in His Light.  There is a PERMANENT turn from darkness for the one who genuinely repents.  Despicably, God’s condition for forgiveness (repentance) has been removed from the false teaching (false grace, false gospel) being preached in the church today.  With repentance being removed from the message, folks ignorant of the Truth simply believe that all they must do is simply allow Jesus to forgive them… “accept Christ as your Savior.”

If you do not hear, believe, and accept those SHOCKING words of Jesus (the One true Gospel), then you do not have the proper perspective as to what your willful, deliberate sin represents… your spiritual obedience to Satan. (Rom. 6:15-18, Gal. 5:16-21)  Viewing sin as your rejection of Jesus is the only way for you to fully understand what your struggle is against… the spiritual forces of evil (Satan) and the sinful desires of the flesh.  How you view sin, whether you desire to live free from sin, and whether you believe that the Holy Spirit has the power to break your bondage to sin determines whether your belief is founded in Truth or deception.  A belief founded in His Truth brings you face to face with sin, forces you to deal with the sin that you currently live in, and demands that you allow God to refine that sin in your heart.  This teaching speaks to spiritual growth, exemplifies effective discipleship, and breeds humility.  However, a belief founded in Satan’s deception simply attempts to comfort your life of sin instead… deception says, “peace and safety” to all who do evil in the eyes of the Lord. (Malachi 2:17, 1 Thes. 5:1-3)  This teaching, of course, leaves you spiritually bankrupt and breeds hypocrisy.

If you believe that your salvation is in wholeheartedly living the life of Jesus, growing in His image, obeying God’s Word, and remaining faithful to His Word till the end, then His verdict regarding your eternal fate will be of NO shock to you!  But consider this, if you ignore, deny, or reject all those SHOCKING WORDS OF JESUS during your life in the body, then you will likely be SHOCKED at the verdict regarding your eternal life in the spirit. (Luke 16:22-31)  It would be wise to accept and deal with the Truth now while you still have the chance to give your life to God, rather than giving anything if you could go back and accept His Truth when it is too late and you have no life to give later.

Are you a Christian that has confidence in your salvation?  That is fantastic!  And I hope that your confidence is founded in all those SHOCKING words of Jesus rather than in all the “comforting” words of man (deception — false teaching conceived by the enemy who desires to keep you from hearing, believing, and accepting the Truth).  So, what is your confidence in?  Because the message coming from the church today is as flooded in deception as the earth was flooded by the waters in the days of Noah!

Do you believe in God?  Do you believe God?  Do you fear God?  Do you love the Lord your God with all your heart?  Then please take the time to earnestly seek Him from your heart in His Word, because the time for your salvation is nearer now than what you might believe. (Rom. 13:11-14)  Please don’t kneel before Him holding fast to Satan’s deception, holding on to what the church is teaching you as it contradicts those SHOCKING words of Jesus.  Seek His Truth, believe His Word, trust ONLY in His Word (Truth), accept ONLY His Truth, and repent of any contradictions to His Truth that you may have previously believed in your heart.  Give your life to Christ, die with Christ to sin, and allow Him to raise you to a new life in His Spirit.  FOLLOW HIM!  But this requires you to crucify yourself to the world and give up everything to effectively serve His will.  Is your heart there?  If not, diligently strive to get there.  Because you do not want to be SHOCKED by what Jesus has to say regarding what He found your heart to be claiming allegiance to.  Fear the Lord!